WILL SPROUT GROWERS SOON HARVEST ALL THE SPROUT STICKS?

After the harvest of sprouts mostly sticks and leaves are left behind on the field as a soil improver. Some growers use the flows also as fresh feed for their animals. In addition, the fiber-rich sticks can also be processed into paper or cardboard. At a meeting in "De Heen" in The Netherlands researchers and farmers discussed the possibilities of this residual flow.

In Belgium and The Netherlands, there are approximately seven growers who use sprout sticks as fresh feeding. As the harvesting period of the sprouts is from mid-September to early March, they can so fresh feed their animals during the winter period. The growers have positive experiences with it. ILVO determined the nutritional value of fresh sticks and came to an average of 124.1 kVEM/ton and 10 kg DVE/ton. The price of fresh sticks lays between € 25/ton and € 30/ton. The growers indicate that the animals do not like the hard bark of the sticks after the silage and pass them up. To grind the sticks can provide a solution.

After a second successful lab test, conducted by the natural fiber Application Center Millvision, it appears that the fibre-rich sprout sticks certainly has potential as raw material for paper. According to Sander Van Calker of Millvision the fibre mass has a beautiful natural off-white colour, which is not always the case with other types of fibre.

Sprout sticks and leaves have certainly also their value as soil conditioner. The various growers, who were present at the meeting, indicate that they can harvest up to 10% extra revenue of their succeeding crops , thanks to the leaving residuals of previous crop harvesting on the fields. They also see improvement of their soil quality thanks to the extra organic material in the soil.

The European sprout cultivation lies mainly in Belgium, Netherlands and England, together account for more than 95% of the European area. There is a total average production of 230 000 tonnes of fresh high-fibre material and 190 000 to 200 000 tonnes of fresh leaf stem mass that is available once a year in a short period of time. In 2019 Inagro will examine together with the Dutch partners ZLTO and Millvision the pure silage of sprout sticks. The goal is to make this residual flow year around available as animal and/or insect feeding or as raw material for paper or cardboard. The research will also take into account the logistical costs to be able to supply the economic value of sprout sticks to growers. 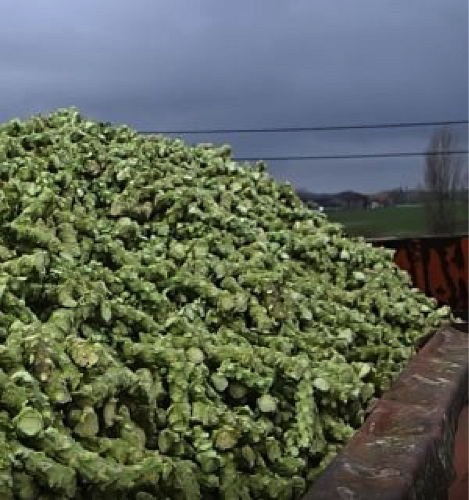 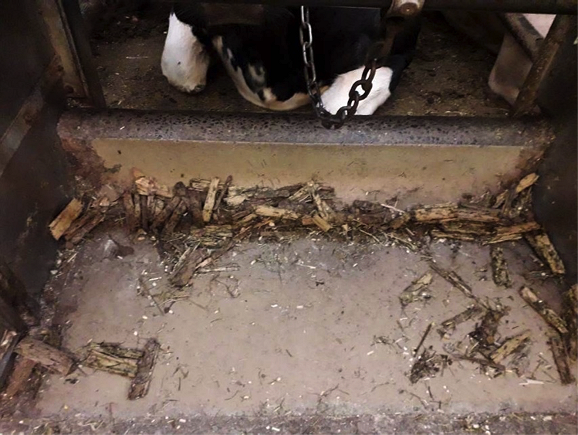 Picture: pieces of hard bark left behind by the animals.