TheBioBoost partnership has published a report about the lab scale and pilot scale experiments with mealworm and black soldier fly. The report focusses on insects as a promising way of converting horticultural residues into valuable protein, oil and derived products. Three project partners established dedicated insect facilities to find out how to rear one of these species on an industrial scale, their nutritional needs or how to process residues with them. All the research within BioBoost confirms the feasibility of (partial) implementation of horticultural residues as feedstock for the insect industry. Thereby contributing to a circular economy. 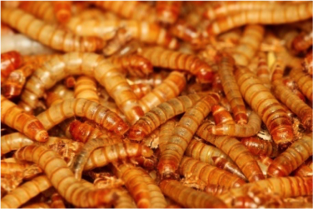 Two insect species were selected with the presumed highest economic potential and ability to process residues, the yellow mealworm (Tenebrio molitor) and the black soldier fly (Hermetia illucens). At the start of the project little (public) knowledge was available on how to rear one of these species on an industrial scale, their nutritional needs or how to process residues with them. To fill this knowledge gap, three project partners established dedicated insect facilities to conduct research about the topics mentioned.

In Belgium, Vives developed a protocol to test plant residues in the lab, paying not only attention to the performance and composition of the larvae, but also to the nutritional composition of the residues. Using this protocol multiple residues were assessed. In order to select interesting residues and mixtures, experiments assessing the nutritional requirements of the larvae were conducted. Artificial diets were used in order to facilitate a baseline for diet formulations based on horticultural residues. The research showed that a diet with 30 % dry matter of which 15 % protein, 40 % non-fibre carbohydrates and 2 % fats, should be sufficient. 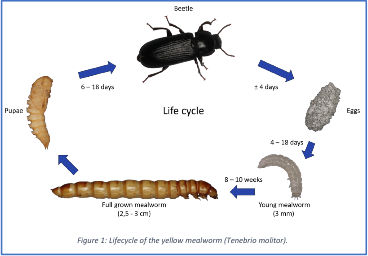 Meanwhile also in Belgium, Inagro developed a way to rear mealworm and black soldier fly on a pilot scale. Their experiments show the potential of residues as a source of moisture for mealworm. In addition, the nutritional composition of various horticultural residues was determined at Vives. Based on Vives’ recommendations for black soldier fly larvae, Inagro formulated multiple diets combining horticultural residues with by-products common in pig production.

From research to market

In the UK, NIAB chose the option of working on its site directly with new start-up companies that were keen to try this system of waste valorisation. Initially, Entomics Ltd was working closely with NIAB to design and build a working facility and to identify waste feedstock’s. An early decision was to source a range of waste fresh produce from the local supermarket Sainsbury. This enabled the group to trial a very broad range of feedstock’s and the material was provided free. By mid-2018, Entomics ltd had grown and matured and split into two companies; the original parent decided to concentrate on high-end products. A new company was born; AgriGrub, that focused on the original plan to use waste food and co-products.

Apart from feedstocks some initial trails were performed on the use of insect manure (frass). Inagro analysed the nitrogen and phosphorous content of different frass samples, while AgriGrub performed bio repellent trials with frass of black soldier fly larvae as a bio control agent for aphids in cabbage. 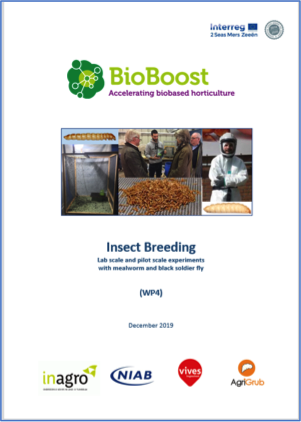 The full report can be found in the on the BioBoost website in the publications section.