The BioBoost partnership has published a report about the results of a pilot, led by NIAB in the UK, relating to green pesticides. Green pesticides, are products whose constituent parts are derived from organic sources. The final product is considered to be ‘environmentally friendly’; causing minimal to negligible harm to human and animal health and to habitats and the ecosystem compared to other commercial products. In BioBoost, organic by-products from different crop and insect production systems were tested to determine the performance of biocontrol agents and mycorrhizal fungi.

The interim report “ Pilot green pesticides” can be found by ‘publications’ section.

The following results were obtained in conjunction with several commercial partners and commercial horticultural nurseries: 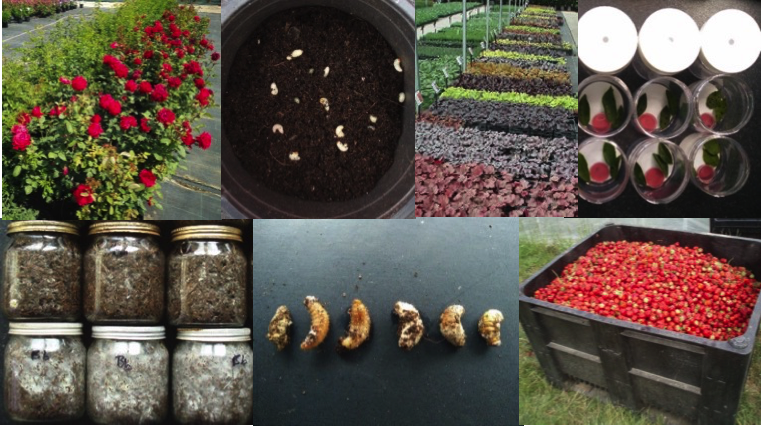 Current trials are also investigating the effect of organic amendments and arbuscular mycorrhizal fungi on the growth and flowering in roses. The report will be updated with the results of these trials in the beginning of next year.