After a lot of testing VIVES managed to make a tasty and "healthy" yacón ice cream within the BioBoost project. This turned out to be a far greater challenge than originally thought. Objectives of the research are:

Yacón is a new emerging vegetable (root vegetable), with the advantage that it is rich in inulin, a prebiotic with health-giving properties (e.g. against diarrhea). Inulin is a carbohydrate (fructo-oligosaccharides (FOS)), a collective name for sugar chains that are not metabolized by humans and so exhibit a low calorific value what is interesting to people with diabetics or obesity.

In addition, inulin can be used by its sweet taste as a sugar substitute and inuline also has fat emulsifying properties that results in less fat that is needed to make ice cream.

Dieet ice cream is often on the basis of Stevia and often gives an undesirable aftertaste. In addition to the inulin of the yacón an extra sugar substitute (around 10%) is added. VIVES tries currently several sugar substitutes.

VIVES is still working on the recipe of scoping the ice cream long-term. There are already market parties interested to launch this ice cream on the market in the future. 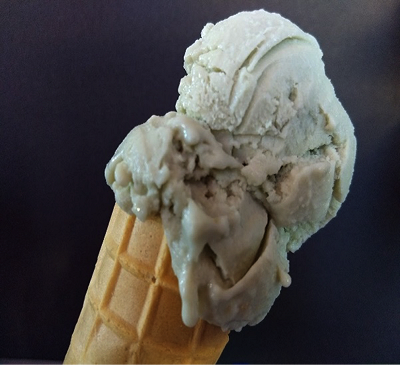 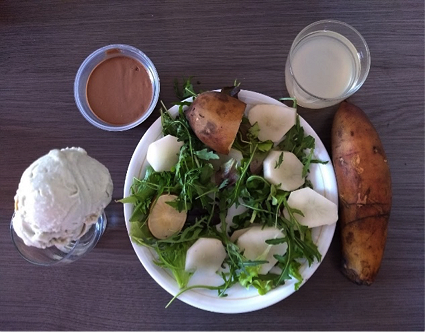