Testing of horticultural waste streams as bedding material for the breeding of insects.

The suitability of various horticultural waste streams will be tested as bedding material for the breeding of insects. These insects such as the black soldier fly or the mealworm could be interesting protein sources for the food and feed industry.

A report has be published about the lab scale and pilot scale experiments with mealworm and black soldier fly. The report can be found in the publications section.

Lab scale tests were performed by partner VIVES concerning the optimal nutritional composition of the rearing substrate for black soldier fly larvae served as a basis for the evaluation of plant-based side streams usage on pilot scale.

The protocol for breeding on a lab standard feed (also used on pilot scale) was optimised by VIVES. Also protocols for conducting experiments with plant residuals were developed. These protocols were used to test multiple plant residuals during the year. The diversity of these plant residuals is very big and a vast number of combinations are possible. Therefore, in order to select interesting residuals and mixtures, experiments assessing the nutritional requirements of the larvae were conducted.

The official opening on the 30th of January of the active insect pilot at Inagro resulted in a lot of media coverage. Since then visitors with affiliation to the insect sector from all over Europe came to visit the pilot. Inagro tested leek residues, bean foliage and cauliflower leaves as a potential rearing substrate for black soldier fly larvae.

In addition to testing fresh crop residues, research was conducted on fermenting the crop residues as a means of low input long term preservation. Mealworm experiments were carried out on reproduction efficiency and optimal rearing climate. Further progress was made with black soldier fly reproduction. New breeding cages were designed, these prototypes resulted in a stable egg production and a sufficient amount of larvae for crop residue tests

In the UK feedstock trials, carried out by NIAB/Agrigrub (subcontractors of NIAB),  with various partners in fruit and vegetable production were completed. A new, optimised diet has increased absolute weight to weight BSFL yield by 31% and a decrease in cycle time by 20%, resulting in an increase in overall productivity of 56%. Subsequently trials have been started looking at commercial use of BSFL frass began with local partners. These trials have now been extended to include commercial growers, with six trials across three crops beginning in Q1 2019 and further trials planned over 2019.

New insect breeding cells have been built by Inagro and Vives in Belgium and NIAB in cooperation with Entomics Ltd in the UK. Experiments have started to find out optimal breeding conditions of in particular the Black Soldier Fly and the suitability of plant residuals as growing media.

In Belgium tomato stems and leaves are used.

In the testing phase growers, users and food companies are involved via information and discussion meeting and guided visits. 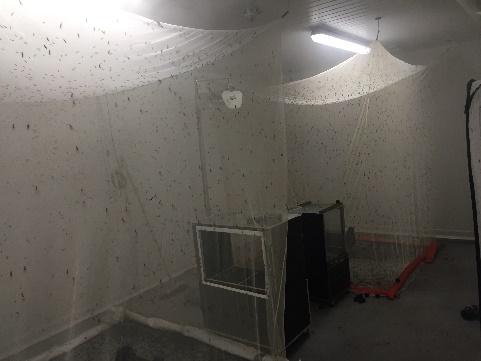 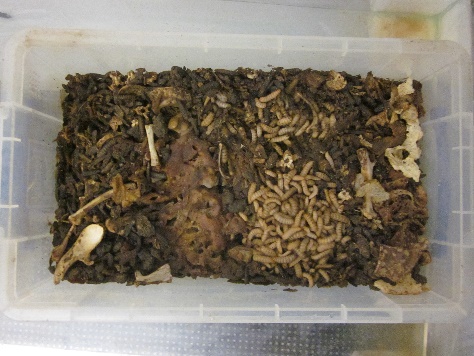 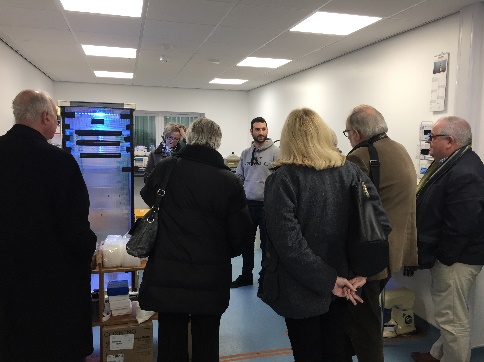 An old pigsty adjacent to the aquaculture department at Inagro was assigned for the new insect breeding facility. The floor was concreted and 6 isolated rooms were installed. Through discussions with and visits to important stakeholders the facility was designed. Each room is provided with climate controlling units. Climate control was necessary to upscale the mealworm and black soldier fly breeding. Thanks to these infrastructure knowledge will be build up about the breeding of different type of insects to strengthen the chain. 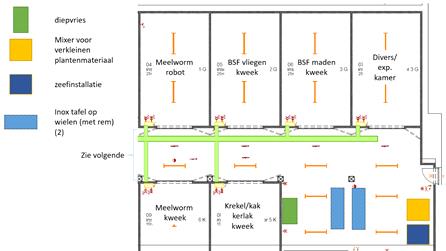